Taking the Gospel
to every community

The primary part of our ministry in Ukraine is carried out through supporting local churches. We have helped establish and grow a number of churches in villages of the Cherkassy region in central Ukraine. We want to equip the Pastors and people of the church to grow in their knowledge and love of Jesus, and to share the gospel with those around them to bring many more to salvation. 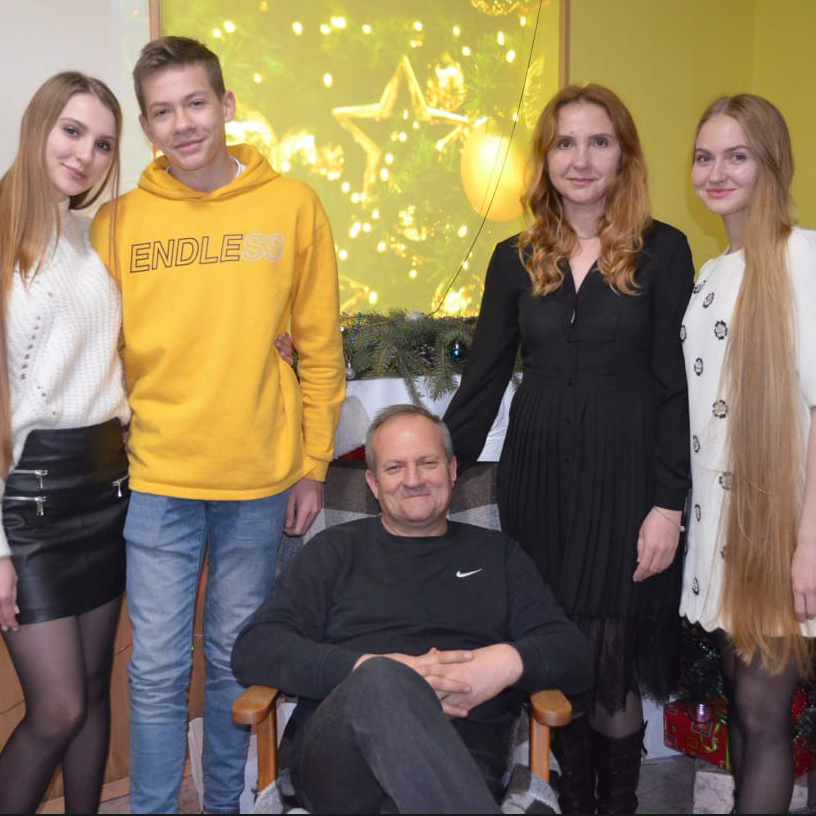 Blagodatne: Built in 2003 this relatively large church is lead by Pastor Sergiy Limar.  He is married to Lilya. They have three children, Angela, Inna and David. 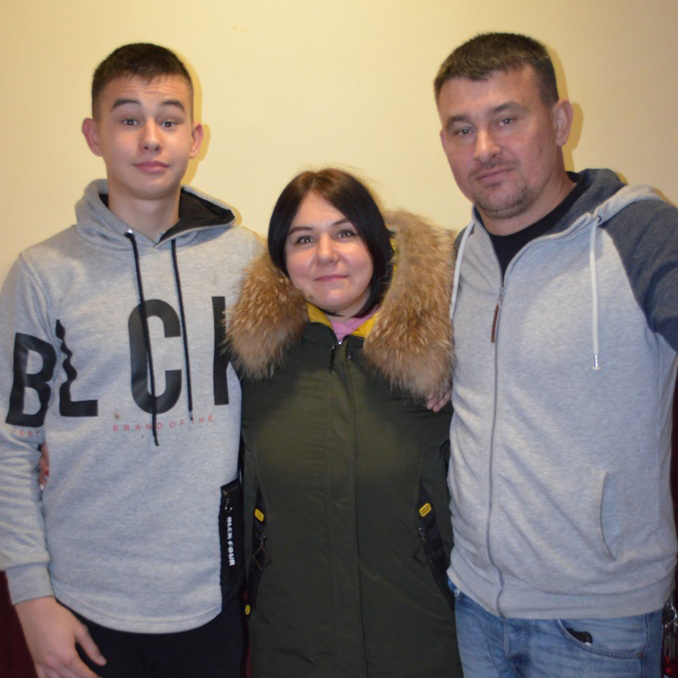 Korobivka: A church that was planted from Blagodatne, it is still under construction and is lead by Pastor Vova Bakolo. He is married to Ira and they have four children Rustik (married to Angela), Julia (married to Zhenya), Yanik and Liza. 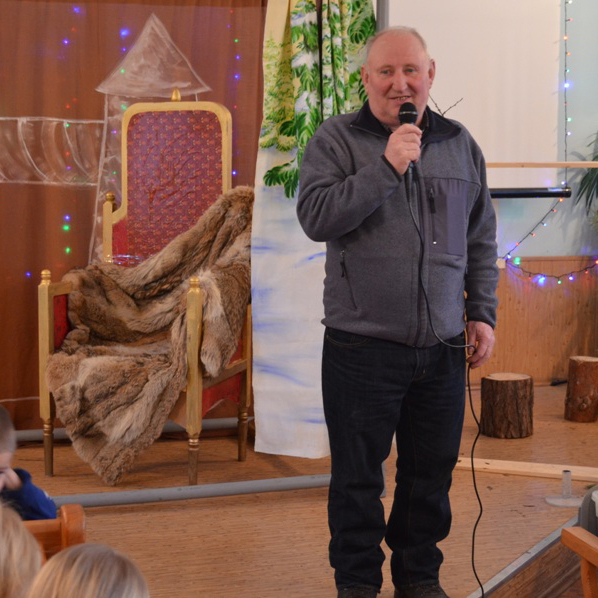 Borguslavets/Lukashivka/Zorivka: The church in Borguslavets was built in1999. Pastor Sasha Bauer is married to Shura and they have five grown-up children. Sergey (married to Inga), Vova (married to Julia), Vitaliy (now with the Lord), Nastya and Anya. Pastor Sasha works hard serving three villages, two of which are very remote. 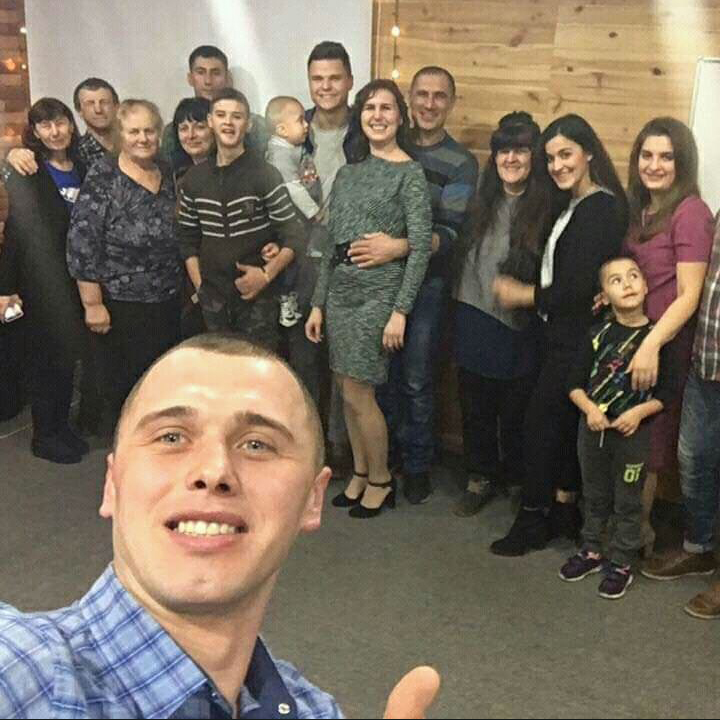 Denghi: Sasha Ponomarenko serves faithfully with the support of a great team of young people. They are working to complete the building this year. 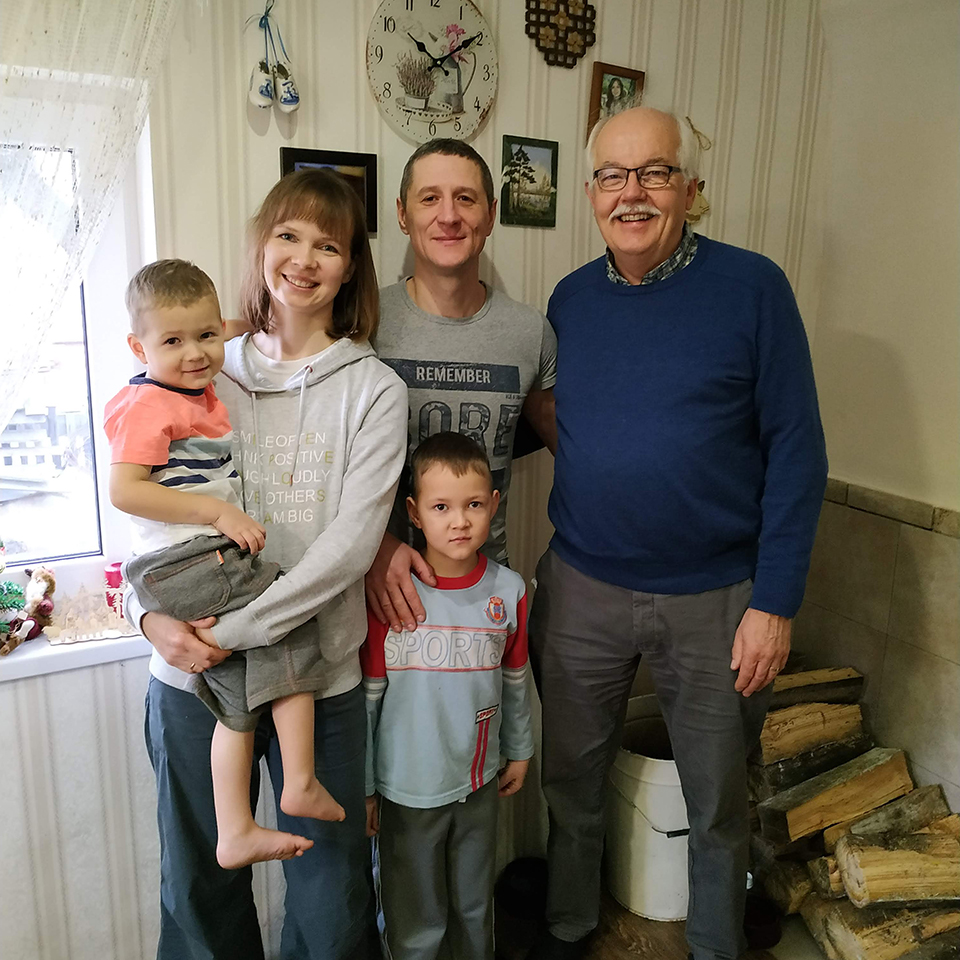 Kadena Gora/Vilkhi: Pastor Dima Koval and his wife Natasha live in Blagodatne with their two sons Illya and Tima. They serve the church in the village of Kadena Gora and run various ministries in Vilkhi also. 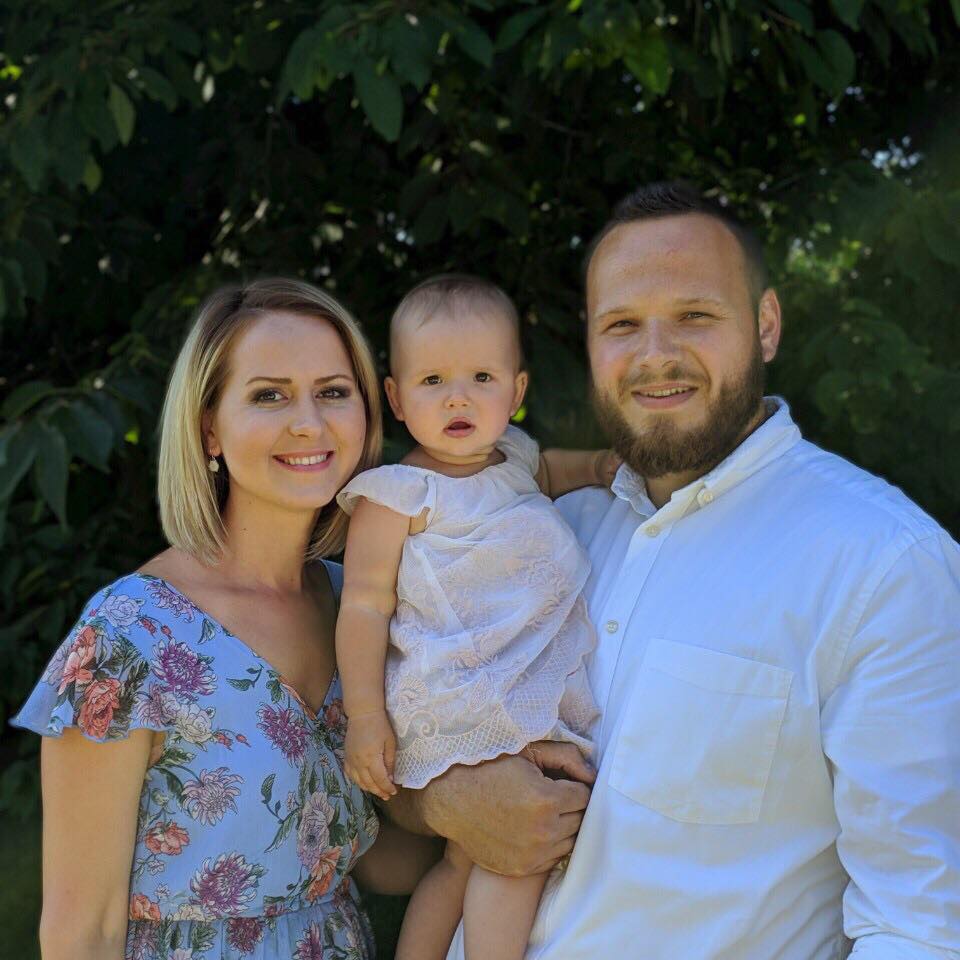 Domantove: Pastor Zhenya Ustenko has been serving the church in Domantove since 2015 and has recently been appointed Regional Pastor. He and his wife Galya have two small children. 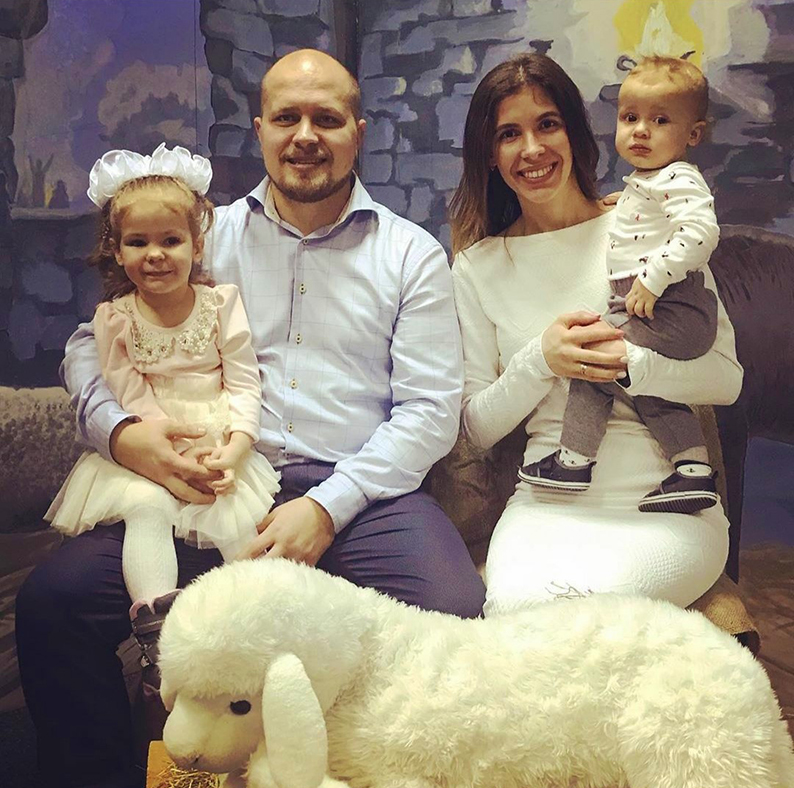 Cherkassy: In the past five years this city church has grown from a small group of 12 to over 100 each Sunday. This church is lead by Pastor Oleg Panosenko. He and his wife Anastasia have two small children.
Most of our Pastors work full time jobs to support their families and serve the churches on a voluntary basis. If you would like to bless a Pastor directly, click below.
Support a Pastor
Training
It is essential that our church leaders are well trained in biblical truth and leadership in order to serve the people in their communities. We provide funding to ensure that all of our Pastors have completed study at Christian Seminaries and Bible Colleges in the area, and many of them embark on continuous study.
As part of our ongoing support of church leaders, we also take speakers from the UK to run seminars focused on specific areas of development that are identified in the churches. These include youth ministry, outreach and others. Would you like to be involved? Then press the button to touch base, we'd love to hear from you.
Come and equip others
Over the years UCM has financed the construction of several church buildings throughout the region. Very often this involves purchasing a small cottage for the church to begin meeting in, which is then modified (Kadena Gora), or sometimes it involves purchasing land and building from scratch. This is usually done by the Pastors and church members themselves. These are current four projects that are “live”.
Building projects
Denghi – having purchased the land in 2017, Sasha set about constructing the church. It has a large auditorium, a kitchen to the side, a bathroom and a large second floor. The future plans for the second floor are to make a large room that can be used as a group space, and two dormitories. Sasha would like to use the space to host leaders and volunteers who come and serve in the children’s camps.
Kadena Gora – having purchased the cottage in 2015, it quickly became clear that a large amount of work would be required to get this building safe and suitable. Dima and his team have worked hard to underpin the walls and are currently replacing the ceiling and roof, as well as building a bathroom on the side of the building to replace the external “traditional” facility.
Domantove – This wonderful small fellowship have been meeting for some years in a cottage in the heart of the village, but as they grow they need more space.  Autumn 2019 sees the start of construction of a new building on the site that will include a larger meeting space, rooms for children’s groups and bathroom facitilies.
Borguslavets – After years of hard work by the members, the church building at Borguslavets was completed some years ago.  In a new phase, Pastor Sasha would like to construct a kitchen on the back of the church to enable them to cater for the many celebrations and occasions that his wife Shura currently prepares food for in their home.
Resource a project
Holiday Bible Clubs
Every summer hundreds of children come from the cities to stay with their grandparents in the villages for the long months of school holidays. This provides us with a wonderful opportunity to hold Holiday Bible Clubs where these young people can come and have fun and learn about their Father God who created them, loves them, and sent His Son to die that they may know Him. In the past UCM has sent teams from the UK to run these clubs, so that now the Ukrainian teams are fully equipped to run exciting and engaging clubs for children in 10 villages. Every summer we reach more than 600 children with the good news of Jesus, and we pray that these seeds of truth continue to be watered as they return year on year. Do you have skills or resources that you think could be helpful to these projects? Or perhaps you would like to serve alongside our Ukrainian team?
Support our Bible clubs

Sign up for our newsletter we would love to keep you posted with our news, so why not sign up.

Thank you! Your submission has been received!
Oops! Something went wrong while submitting the form.
Follow Us